Why RefillNZ came about

I’m Jill, Founder of RefillNZ, and I’m old enough to remember Coca Cola in glass bottles, collecting bottles and cans for refunds. There were no plastic 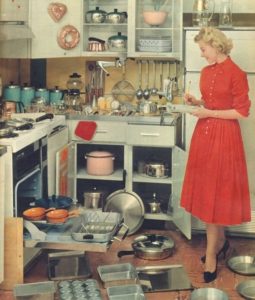 bin liners, we had metal razors and we’d always carry our own shopping bags.

As a child, I used to drink from water fountains or the tap at home when thirsty. When travelling in places like India or Nepal, in the early eighties, I took water purification tablets (and still do when I travel) as there was no bottled water! I learnt a lot from my parents who grew up in World War II in the UK. During the war, they had rationing and didn’t throw things away. Even to this day they’re ardent recyclers, and care passionately about the environment.

Like many of you, plastic has crept up on us. And when things happen gradually, we don’t always notice the change until it becomes a crisis.

Plastic is in everything. From our toys to our cosmetics, our clothes to our drinks. And if it’s not in what we buy, it’s covering it. Our fruits and veggies are being wrapped up to help them last longer and almost everything we order has packaging attached. Plastic pollution is piling up and people have finally started noticing just how unnecessary it all is. Things have become so cheap that we’ve become a disposable society. It’s become easier to throw things away and buy new rather than to repair or reuse what we already have. Seeing all this pollution piling up, I wanted to make a change to reduce the amount of plastic in my own and others’ lives.

Throughout my travels, I’ve seen firsthand the effects plastics are having on our planet. Diving in Columbia, Cuba and Jordan, I always found plastic on the seafloor, wrapped around coral, or just lining the sandy shores.

Whilst cycling recently in Romania for 8 days, every 200m there would be another bit of plastic rubbish strewn across my path, usually plastic bottles. 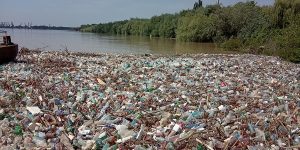 I also saw a huge pile of soft drink bottles that had accumulated on the Danube river, one of Europe’s biggest and longest rivers. This river starts in Germany and goes through a number of countries ending up at the Black Sea. This means all this plastic rubbish has come from a number of countries and will be ending up in our oceans!

Back here in New Zealand, I cycle most days from my gym in Kilbirnie to home in Newtown. Everyday I find at least one  or more plastic bottles on the side of the road. Not to mention all the plastic drink and food containers

from fast food outlets. This carries on around the Wellington coastline and on my walks in Mt Victoria, people just throw their rubbish away.

Whilst governments have happily dug bigger landfills (as is the case in NZ), burnt rubbish or simply ignored the problem, the amount of plastic being used is increasing out of control. And along the way, no one has made manufacturers or retailers cover the cost of dealing with all this extra waste, despite them making huge profits. This has resulted in huge quantities of plastic waste, which doesn’t go away, no matter how deep you bury it. This is something New Zealanders learnt the hard way this year when floods on the West Coast caused an environmental catastrophe, washing up an old landfill site onto our beaches – so much for clean green NZ.

Seeing all this pollution piling up, I wanted to make a change to reduce the amount of plastic in my own and others’ lives.

Living in Bristol in the UK in 2016/17, I worked with the then small organisation Refill on a plastic pollution campaign. I also saw all the plastic waste on the sides of the Severn river and along the coasts everywhere from the Orkneys to Cornwall. This made me aware of how big the issue was and how urgent the problem had become.

On returning to New Zealand, I became even more aware of the lack of recycling, the poor waste management and lack of any Government campaign to reduce littering or waste! I saw that the situation was even worse in New Zealand than in the UK; there are just a lot less people here so the problem isn’t as visible.

So I decided to start up RefillNZ, to help reduce plastic waste in New Zealand by making tap water the drink of choice.