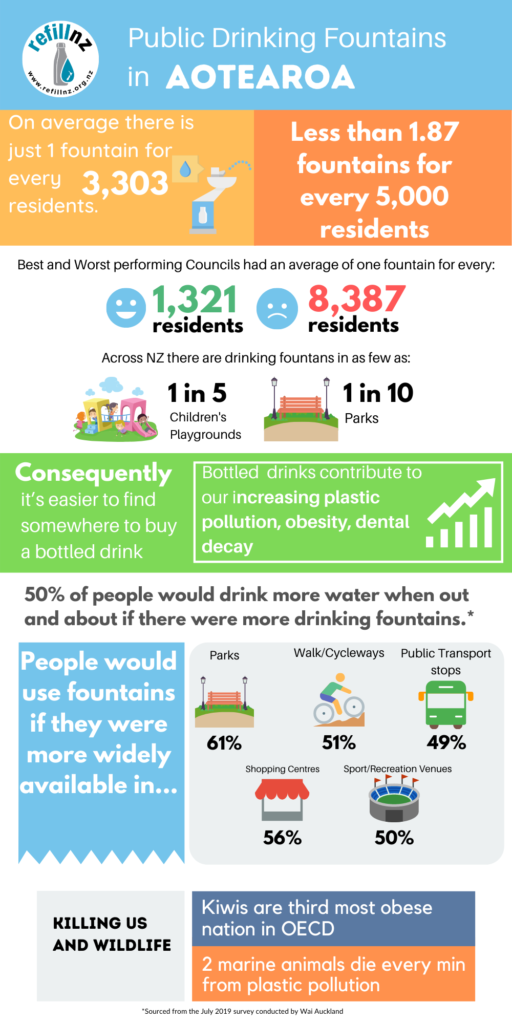 somewhere to buy bottled drinks, increasing the consumption of sugary drinks and bottled water.
50 per cent of people surveyed in Auckland said they would drink more water when out if there were more drinking fountains. Having to pay for bottled drinks, when free tap water could be readily available, is an unnecessary expense for Kiwi families, especially with the economic impact of COVID-19.

Bottled beverages are usually in single use plastic bottles.
Kiwis churn through nearly 1.8 billion plastic drink containers each year – and our per-capita rate is among the highest in the world. And our rates of consumption of sugary drinks rising.

This has negative outcomes;

• Plastic pollution– an estimated 828 million single use plastic bottles** are thrown away by Kiwis each year, littering our environment, often ending up on beaches and in the ocean – Killing marine life.

• Killing us — the sugar in soft drinks is contributing to our high levels of obesity – which is a recognised risk factor for Diabetes type 2 AND severe clinical outcomes of COVID-19. 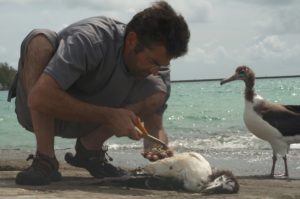 Plastic pollution is killing our wildlife; Toroa (Southern Royal Albatross) are dying in their thousands, like the one that died recently in Aotearoa because its stomach was full of a plastic bottle. It died slowly- starving as no other food could get through.
And it’s not just the Albatross- plastic pollution kills 2 marine animals every minute, with plastics found in 100% of marine turtles, 59% of whales, 36% of seals and 90% of birds and fish tested in the Pacific.

The health impacts of sugary drinks
• Kiwis, on average, consume the equivalent to 37 teaspoons of sugar a person every day, that’s 5-6 x the recommended sugar intake and soft drinks contribute on average a quarter of the sugar intake.
• Obesity is a recognised risk factor for severe clinical outcomes of COVID-19 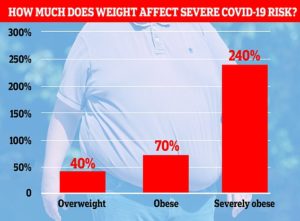 • NZ has the third highest adult obesity rate in the OECD and one in 10 children are obese.

Dental caries is a significant health problem in New Zealand-last year 8,700 children, aged 0-14 years, some as young as 18 months, were admitted to hospital to have their teeth removed and each operation costs the tax payer around $4,000.
Yet a new drinking fountain will cost less than $4,000

The frequency of these diseases and plastic waste could be reduced with better access to free tap water when people are out- if councils put in more public drinking fountains.

The importance of visibility, usability, and cleanliness!
Unfortunately, many fountains are often hard to spot, aren’t easy to refill a bottle and are unhygienic. Check out our video on refilling safely at drinking fountains.
This contrasts with the ready availability, high visibility, and strong promotion of soft drinks and bottled water by retailers and manufacturers. 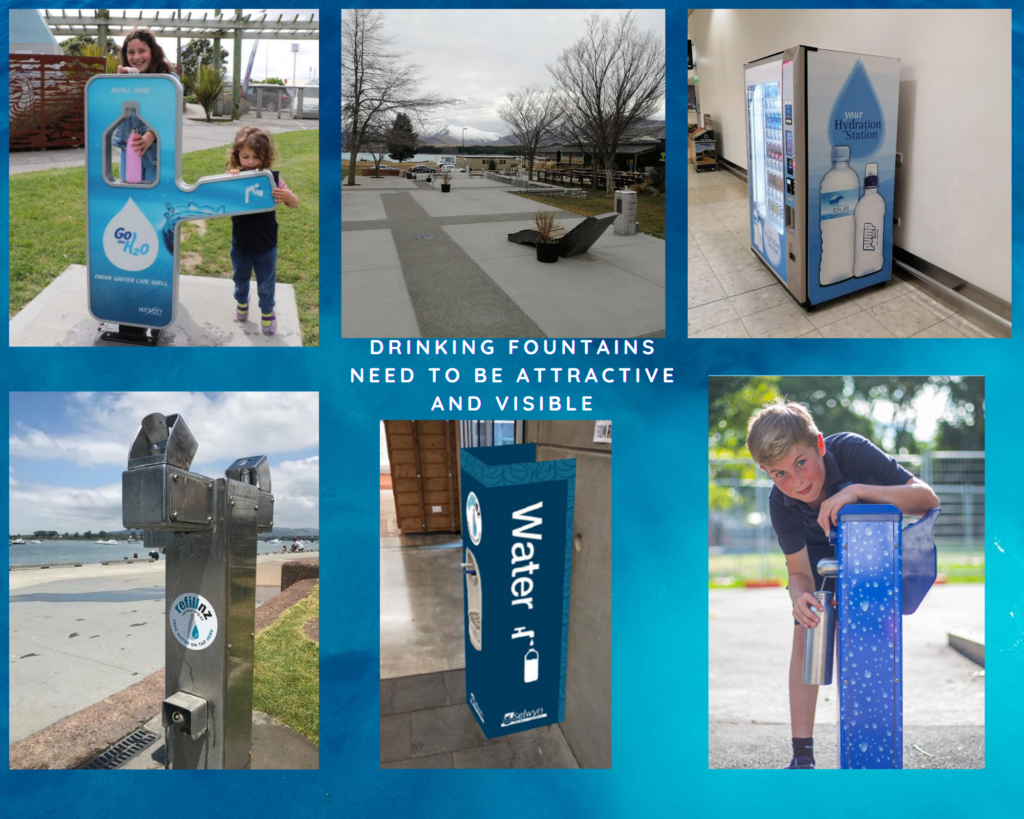 As a result we consider’ it’s essential for councils to install more drinking fountains, to make them more visible and ensure they are hygienic’.
Especially now more people are often carrying a reusable water bottle and looking for somewhere to refill.!!!